Panelists and speakers will be added as the schedule is finalized. 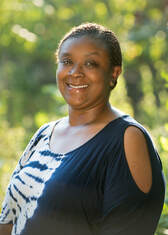 Salome Mwangi, Idaho Office for Refugees
​Salome Mwangi is a Kenyan-born American speaker who inspires, challenges and equips others to overcome their real or perceived obstacles, live up to their full potential, work with diverse teams, and grow professionally and personally.
Drawing from her own experiences Salome seeks to encourage, build up and support others as they journey through their own lives. Her life is a living testimony that regardless of what life hands you, only the smallness of your dreams limits your opportunities.
Salome resettled in Boise, Idaho in 2004 as a refugee, where she lives with her teenage daughter.
The values, tenacity and spirit of never giving up that were instilled by the “village” as she grew up have not only helped her navigate life as a single parent, but also her work as a Cultural Broker, working with Limited English Proficient clients and their service providers. 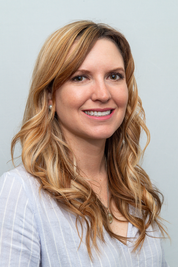 Kara Fink, Idaho Office for Refugees
Kara serves as the Outreach & Partnership Manager of the Idaho Office for Refugees, where she builds relationships with providers and refugee organizations, facilitates outreach opportunities, and works to create more welcoming communities. She serves on the board of Learning Lab and the St. Luke's NICU Family Advisory Council, and previously worked in Student Involvement and Leadership at Boise State University. Kara was a Fulbright Research Scholar at Brandenburg Technical University in Cottbus, Germany from 2006-2007 and completed fieldwork in Cambodia while obtaining her MS in Development Anthropology from Durham University in England. She also holds a BBA in International Business and a certificate in Foundation of Refugee Services from Boise State University. 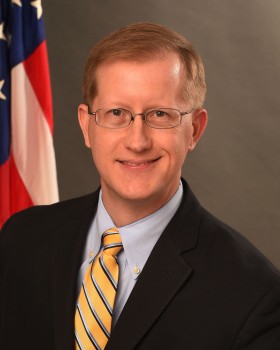 Jonathan Hayes, Office for Refugee Resettlement
Jonathan H. Hayes serves as the director of the Office of Refugee Resettlement (ORR) in the Administration for Children & Families at the U.S. Department of Health & Human Services. Prior to being named the director in February 2019, he served as the chief of staff and acting director for ORR.
Prior to joining HHS, Jonathan served as chief of staff to two members of Congress spanning over eight years. Additionally, he has experience in the private sector working in broadcast television, sales and marketing, business development, international trade and customs and commercial airline operations.
Jonathan received his Bachelor of Science degree in business administration from Florida State University.
Born in Greenwood, Mississippi, and raised in Panama City, Florida, he now lives in northern Virginia with his wife Tammy and their five children. 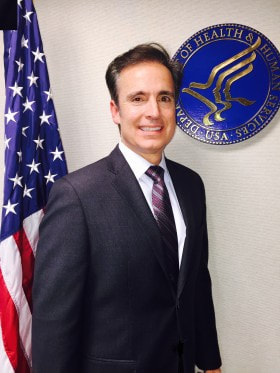 Kenneth Tota, Office for Refugee Resettlement
​Ken Tota is the Deputy Director for the Office of Refugee Resettlement (ORR), Administration for Children and Families (ACF), Department of Health and Human Services (HHS). He has served as ORR Deputy Director since 2008, and also served as Acting ORR Director in 2006, 2015, and 2017.
Prior to joining ORR, Ken served as Senior Program Specialist at the Immigration and Naturalization Service, where he provided oversight to the Unaccompanied Children’s Program and the program transfer from the U.S. Department of Justice to the U.S. Department of Health and Human Services. Since coming to ORR, he has worked to significantly increase capacity and enhance care and services for unaccompanied children.
While at ORR, Ken has worked to enhance funding and services for refugees by focusing on the most vulnerable populations, technical assistance and expanding intensive case management. He has also been instrumental in the creation of an ORR division to focus on refugee health-related issues and developing partnerships in support of services for refugees.
Before entering civil service, Ken was the Cuban/Haitian Program Coordinator for the United States Conference of Catholic Bishops (USCCB) in Washington, D.C., and Miami, Fla.
He holds a Master of Public Administration (MPA) from American University in Washington, DC.

Mayor Lauren McLean, City of Boise
In 2019, Lauren McLean became the first woman ever elected to the office of Boise Mayor, winning a record-setting number of votes in a historic runoff. Mayor Lauren McLean was sworn in on January 7, 2020, and immediately set to work towards her campaign promise of a 21st-century Boise for everyone, powered by clean renewable energy, with shared prosperity across all neighborhoods, and a commitment to transparency and openness in government.
After conversations with thousands of Boise residents, Mayor McLean’s priorities for the coming years include: Lauren McLean was born in Boston, raised in Texas, and moved to upstate New York before college. After graduating with honors from Notre Dame in 1997, Lauren married her high school sweetheart, Scott, and the two settled in Boise. In the middle of building a life and raising two children, Lauren jumped into politics and civic engagement work while earning her MPA in environmental policy from Boise State University.

In 2001, at just 27, Lauren led the historic Boise Foothills Open Space Campaign and successfully protected the Boise Foothills for future generations. In 2011, Lauren was appointed to Boise’s City Council, was twice re-elected, and selected by her peers to serve as Council President in 2017.

​On the weekends, Lauren McLean is an avid trail runner, backpacker and skier. Most days she can be spotted running on Boise’s Foothills trails and biking to City Hall. She and Scott have two children, Madeleine (a college sophomore) and Aiden (a high school sophomore). 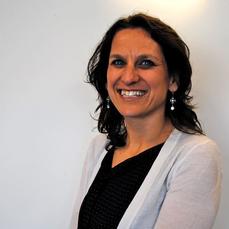 Tara Wolfson, Idaho Office for Refugees
As the state refugee coordinator and director of the Idaho Office for Refugees (IOR), Tara Wolfson oversees resettlement programs in the state. Tara is committed to the continued development of Idaho as a welcoming home to new Americans, where people have the opportunity to reach their full potential and to contribute to a stronger community. Tara has presented the work of Neighbors United, a refugee collaborative, at the White House Convening on Building Welcoming Communities and in Berlin, Germany at the Transatlantic Exchange. Prior to IOR, Tara ran political campaigns and worked to bring together people with often-divergent views, from Palestinians and Jewish Israelis to environmental and civic leaders in the U.S. Tara is a graduate of the University of Vermont and a recipient of the Coro Fellowship for Civic Leadership in San Francisco. Tara has studied and worked in Zimbabwe, Israel, and Palestine and has traveled extensively throughout Africa, the Middle East, and Eastern Europe. She lives in Boise with her husband, two daughters, and a puppy. 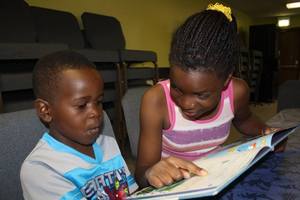 The Dove Mission Initiative​
The Dove Mission Initiative
is a non-profit that provides opportunities for children and youth to improve skills in literacy and to understand and appreciate the importance of reading and writing in their daily lives. It promotes multiculturalism and diversity, promote dialogue between people, promote different social  development initiative and projects